Many people wait until there’s a crisis before having a conversation with their parents about their future. You know, planning for needs and changes in older adulthood.

And this makes sense! Conversations about what life might look like down the road can be painful for both older adults and the people who love them. It’s difficult to face the possibility of sickness, frailty, and loss of independence. And, as a result, we ALL tend to avoid these conversations.

In this fourth episode of The Caring for Aging Parents Show, I share tips on starting this conversation!

Here’s an overview of  the tips for talking with your aging parents about their future:

1. Don’t wait until there is a crisis! Starting these conversations long before your parent has a medical, mental health, or financial crisis is the best approach. Your parents are going to have A LOT of transitions in their lives and some of these transitions are going to be harder than others.

In the midst of crises, people tend to be highly emotional and super stressed. As a result, they do not communicate effectively.

2. Starting these conversations sooner, rather than later, can give you and your parents time to think about needs and wishes.

3. Have the conversation during a neutral time– not in the midst of chaos, and not when you’re celebrating!

As mentioned earlier, when people are in chaos they don’t tend to communicate the most effectively. On the other hand, when people are celebrating, they don’t typically want to stop celebrating- they want to enjoy themselves. So, finding a neutral time will take some of the emotional heaviness or lightness out of what will naturally be a complicated talk.

4. Ask your parents about their wishes!

Instead of telling your parent what YOU plan to do, ask your parent about what they want related to their medical, mental health, and financial needs. Who knows? They may surprise you.

5. Work together as a team!

As you are starting out in these conversations, it can really help to imagine that you and your parent are on the same team, tackling a challenge together.

Finally, if you’re just starting the conversation with your aging parent, it can be hard to know exactly what to say to break the ice. Well, I got you covered, here’s a simple conversation starter to try out: 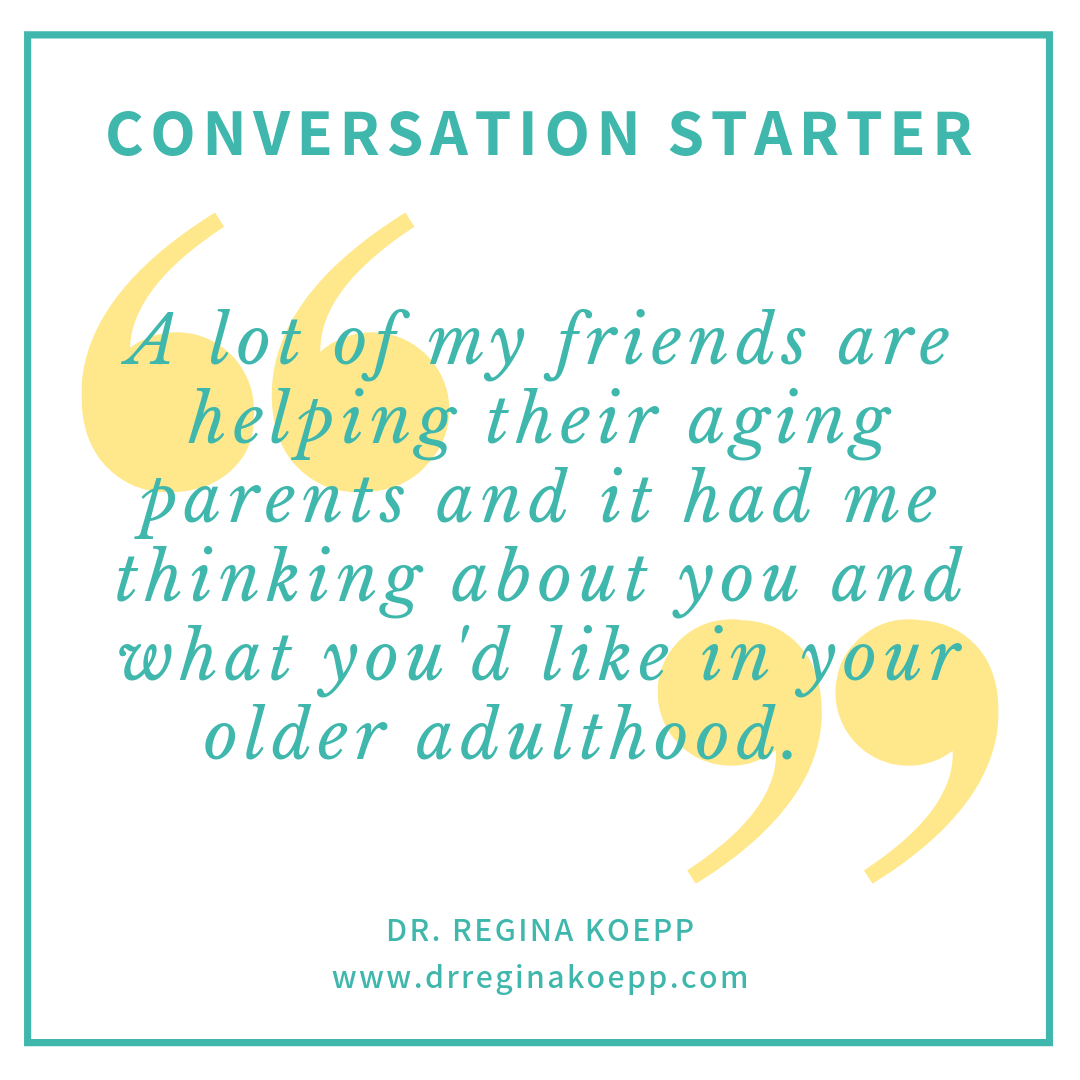 I hope you find these tips helpful and that you start the conversation with your aging parents sooner, rather than later